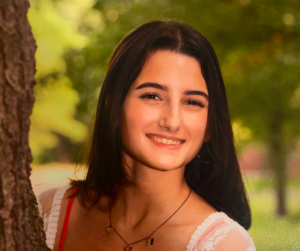 My name is Madison Mirabile. Currently I am a first year enrolled as a Nursing student at Salve Regina University. One of my passions is being involved in the community which surrounds me. I began my volunteering career in high school mainly as a member of Key Club. Before starting college, I also signed up to be a part of Salve’s Service Plunge which was a weeklong program that runs in August. I spent every day immersed in the Newport community dedicating my time to several of the benevolent programs on the island. The amazing group of students I worked with can be seen pictured in this article. Since being on campus I have joined several clubs including Spanish Club, Yoga Club, and Circle K. I have also signed up to be a Service Advocate. This is how I discovered the Edward King House.

When I sat down to pick what place I wanted to be an Advocate for I was unsure of where was going to be the best fit for me. I was eventually persuaded to choose the Edward King House because of the pure excitement that radiated from one of the Senior Service Advocates, Caitlyn Guerrera ’23, when she mentioned it as a possible option. After talking with her for some time my choice was made definite as she described the most welcoming group of people.

The mission of this center is to provide recreational activities for seniors in the Newport area. Ages of patrons range from 50 to 80. Although my journey with the Edward King House has just begun, I know that my future with the people there is going to be worthwhile.